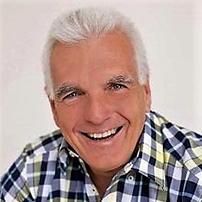 Paul was a rebel at school and left at age 16 after his teacher gave him an inspiring speech, “Leave now as you won’t amount to anything or you will end up in jail.” Paul immediately joined the police cadets where he served 15 years and worked undercover in the newly formed Criminal Intelligence Unit with his primary focus being drug trafficking. He was discharged from the police cadets on medical grounds after suffering a nervous breakdown and was unable to work for 2 years after his son, brother and friends passed away. The Police Medical Officer advised Paul ” Go and learn how to control your stress”, and he took this advice as an inspiration to change his life.
Paul attended a seminar with one of Australia’s leading mind experts who worked with champion athletes at the Institute of Sport in Canberra. Luckily, Paul was mentored and taken under his trainer’s wing. He went on to lead seminars focused on ‘Power of the Mind” , “Sleep Techniques”, “How Your Brain Works” and “Why We Do the Things We Do”, which teach goal setting and mindset. He has been involved in personal development and corporate training for over 34 years.
Paul is now a professional networker with over 96,000 people on his team in 8 countries around the world. Paul has taught and mentored many of his team to become 6 and 7 figure earners. His mission is to help over 1 million people with their health and wealth, and at the same time give them TIME and FINANCIAL FREEDOM. He now travels the world with Suzanne Skillen, being Ambassadors for Change and spreading their love for making this world a better place.