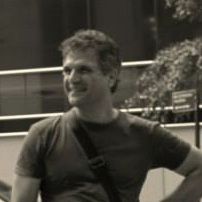 Paresh Mehta is a Veteran Animation Director and Film maker. He holds a postgraduate degree from India’s premier design school – the National Institute of Design ( NID ) Ahmedabad 1991 and Master’s degree from Academy of Art University, San Francisco ,1998
After receiving his education, Paresh Mehta started his first Job as Technical Designer in ILM- Industrial Light and Magic, U.S. He worked here for 2 years on well known projects like the “Phantom Menace”.He then went on to work as a Professor of 3D animation at the Academy of Art University , San Francisco ,2000-2002. He setup a Signature Program for Computer Animation Department at Purdue University. Following this he served as professor of Computer graphics, communication and animation at Art Institute of Phoenix, Phoenix Arizona and at the Cogswell University, California. He was actively involved in working with community groups such as the Phoenix Police Department and Phoenix Zoo wherein he designed commercials for these groups.
He then returned to India to undertake an offer as Creative Director at Maya Entertainment Ltd. ,Mumbai , India. Paresh was responsible for directing several challenging animation and visual effects projects for Indian Film industry. In 2009 Paresh was offered a position as an Associate Professor of Communication Design at Purdue University ,Indianapolis, USA . He undertook the professorship and was actively involved in research and development of several communication design projects for two years, before he returned to India as a serial entrepreneur involved in setting up and running several prestigious organizations Jadoo Works where he started as a Creative Director and went on to pursuing larger responsibilities like setting up teams, building the brand and marketing it to studios across US and Europe ; Paprika’s Animation Studio (Now Technicolor )where he worked as the CEO of the company. He was involved with the branding of the firm and also the setting up of projects. The projects included making serials for countries like Japan and Singapore. Paprika’s has now tied up with Technicolor, one of the leading studios in Asia. His efforts were key in setting up an Animation and Arts incubation centre Gecko Academy of Digital Arts incubation center where he developed a three film animated campaign for Saving the tigers. The films received much acclaim in international film festivals.
As Chief creative officer at Morph Technologies, Paresh has pioneered several communication design solutions offering E-learning animated design modules and information design for top corporates struggling to train their 10,000 young employees their core processes and SOPs. Several multinationals and corporate hubs such as McDonald’s, Domino’s India, NDTV,Spicejet Airlines,White Frog UK,Indigo Airlines, Toyota, ITC, Pearson Publications, John Wiley Publications, Max Bupa have benefitted from his innovative solutions.
Paresh is always quite allured by the challenging task of creating innovative products that combine Art, design, communication, functionality and entertainment. His quest led him to develop India’s most popular animated political cartoons – So Sorry and OMG! Both of which air on India’s largest TV news networks TV today Network and India TV. These highly acclaimed directorial currently airs on over 5 news channels , and won several prestigious awards. Some of which are listed below.
INTERNATIONAL AWARDS

Sometime in the near future Paresh wants to pursue his dream of a full length animated feature film for children – Darwin. Here is an idea which would entertain it’s way to communicating to children the importance of values, homegrown innovation, a scientific temper and the need to respect animals. Darwin would be a subtle educative thriller, the story of a boy-next-door monkey who is cute, has a romantic streak, can dance, fight and be impish. The film that enlightens and educates but more than that, entertains.