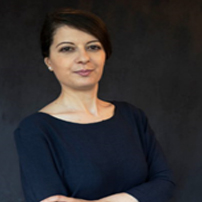 She serves the mission to advance the Rule of Law in the Global Governance, to link the Grassroots with Higher Level Perspective on strategies to establish the Rule of Law and to nurture the public understanding and debate on these issues.
Being a member of Young Professionals in the Foreign Policy – Bruxelles, the International Bar Association and the American Bar Association provide with a fruitful view in line with foreign European objectives and values in the Transatlantic relations empowerment.
The World In Progress Project at the United Nations ECOSOC in New York boosted her knowledge of the UN Agenda 2030 to find potential more sustainable development systems.
Regularly committed in carrying out Projects within a social and legislative Framework to fulfil the moral duty as a world citizen presented to international stakeholders.
Her Project “A Democratic Accountability – based Global Governance” has been built on the basis of the newly released remarks by American Bar Association Commission on the Future of Legal Services, International Bar Association 2018 Conference Building Law Firm of the Future, IBA Annual Conference on September in Seoul, South Korea.
It has been presented to the World Justice Project in view of the UN SDGs Summit in late September in New York, for which Call for Partnerships and Submission Proposals have been already launched.
In line with the far-sighted Launch of the Global Hub on Governance for the SDGs by the OECD in New York at the SDGs Summit, she launched a Call for Partnerships in occasion of the Digital Excellence Forum in Brussels to create a Global Legal Tech Hub in an Ethic Framework to discuss about potential social and legislative development in a comparative perspective using the ground breaking ICT solutions.
This Project has been also brought to the attention of Silicon Valley Seed Funder and Idea Incubator Y Combinatory, whose grounded and far-sighted method has launched remarkable start-ups worldwide.