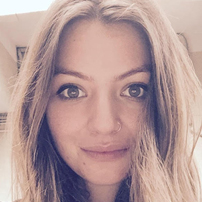 Paola Martani holds the academic title of ‘Dottore in Philosophy’ as well as a vocational Masters’ in Linguistics. Her thesis was the first research of comparison between Italian language and Tibetan language, in which, she explored the differences between the two languages, and possible strategies by means of which speakers of each language could most successfully learn the other.
Since 2014 she has been the course coordinator and lecturer at the Italian Embassy Cultural Centre of New Delhi, and since 2015 she been the resident lecturer of Italian Language and Culture in GD Goenka University SOFD – a branch of the Politecnico di Milano in India.
In 2016, having been a speaker in many international conferences on Architecture and Design, she began to teach Indian Aesthetic Philosophy— a comparison between the Western idea of balance, harmony of shapes, beauty and the Indian corresponding concept—at World School of Design (University) in Sonipat.
In June 2017 she relised her first book ‘A Student Handbook of Italian – Learning Italian through Design’ : a handbook with very concise explanations organised in a way to learn Italin by means of design, explaning the use of the language through graphics in a very visual way. She created a small slice of Italy contaning all the creativity of this country. In 2 month the second volume is coming out.
In January 2018 she relised her second book ‘ Travelling between fables’: it looks a fairytales book but if you go deep into it you will notice that it is a journey into the philosophy of India and Tibet explained in a very simple way and with a very pleasant and sweet way of writing.