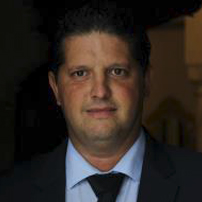 Ministry of Trade of the Republic of Tunisia

Sept. 2016 to Sept. 2017 Secretary of State of Agricultural Production, Ministry of Agriculture, Water Resources and Fisheries Resources of the Republic of Tunisia
October 2010 to Aug. 2016 Assistant Professor at the Tunisian National Institute of Agronomy (INAT)
Sept. 2006 to Sept. 2010 Assistant at the National Institute of Agronomy of Tunisia (INAT)
June 2004 to August 2006 Research Associate at INRAT assigned to the Laboratory of Agronomy.
March 2004 to May 2004 Contract researcher at INRAT’s Laboratory of Agronomy
Dec.1999 to July 2003 Student researcher at the Ecole des Mines d’Alès as part of a research agreement with INRA Montpellier

RESEARCH WORKS
March 2004 Cereal nitrogen fertilization management and development of decision-making tools.
September 2004 Use of granular urea as nitrogen fertilizer for wheat crop in Tunisia.
Research agreement between the Tunisian Chemical Fertilizer Company (STEC) and INRAT’s Laboratory of Agronomy.
Dec. 1999 to July 2003 Modeling of complex systems by composition-decomposition into
subsets: Application to the bioavailability of phosphorus coming from natural phosphates. PhD thesis carried out through convention between the National Institute of Agronomic Research of Montpellier and the Ecole des Mines d’Alès.

January to July 1999 Effect of the particle size of a natural rock phosphate from Morocco
(Daoui) on its dissolution and the bioavailability of phosphorus. Master thesis in soil science, Soil and Environment Laboratory of INRA Montpellier.
January to June 1998 Irrigation management of potato. Engineering Graduation project(INAT)