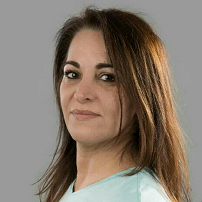 Founder of Mamanet – Mothers league, which is the largest women’s league and the 3rd most popular sport branch in Israel.
Mamanet has thousands of active mother-players who participate in close to 1000 teams located in municipalities all over Israel, Cyprus, Austria, Italy, USA, Canada and Switzerland and more.
Ofra devotes her life to promote Mamanet life’s philosophy where mothers should be able to belong to a sport team and thereby lead a healthy and active life.
As such, those mothers become a personal example and a role model for their children and families. Mothers who participate in Mamanet have proved their ability to build a strong community which become a platform to emphasize school pride, good sportsmanship, professional competitions and enhancing community building and mutual aid. This model was not only been adopted by mothers from around the world, but also received recognition from government agencies, the UN, sport agencies such as CSIT, the National Olympic committee, health & lifestyle companies and more.
The Ministry of Science is currently conducting a 3 years research Mamanet league increases social capital & promotes health and wellbeing
Ofra holds a Bachelor degree in Psychology from Queens College, NYC and lives with her husband and 2 daughters in Kfar Saba, Israel, where she is also serves as the chairwoman of the women’s Volleyball Club Hapoel Kfar Saba.