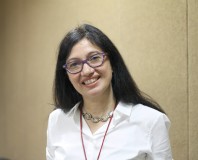 Rai joined Intel in 1995, worked as an engineer in various business teams before moving to the CPU development organization in Oregon, where she worked on performance optimization. She led the effort to conserve chip power in microprocessor by selectively using high performance devices and pioneered the use of Error Correcting Codes to reduce operating voltages and memories, becoming a principal engineer in 2003. Rai moved to India in 2005 to manage R&D of mobile platform technologies used for handheld and laptop computers. In 2013, her team was awarded an Intel Achievement Award for contributing to the development of the Minute Intel® architecture core.

Rai earned a bachelor’s degree in mathematics, statistics, physics and chemistry and a master’s degree in applied mathematics from the University of Lucknow in India. She also holds a master’s degree in industrial engineering from Oregon State University and a board of director certification from Harvard Business School. She has been assigned one US patent has authored several technical papers on integrated circuit design methodologies and operations research.