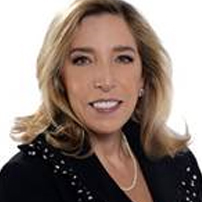 Nicole Reich de Polignac is a bank executive of French origin, based in Mexico. She was the first woman in charge of running a bank in that country when she assumed the executive direction of Scotiabank Inverlat. On several occasions she has been considered one of the most influential women in Mexico and Latin America by magazines specialized in economics