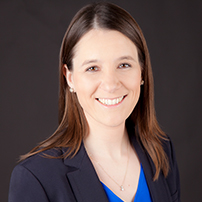 Nicola Jayne Grinstead of Bolton, United Kingdom, (born 9th January 1978) is the immediate past Chair of the World Board, the governing body of the World Association of Girl Guides and Girl Scouts (WAGGGS).

Having witnessed many Girl Guiding and Girl Scouting projects in action, Nicola has actively encouraged Girl Guides and Girl Scouts in country to be bold and to tackle issues relevant to them, including HIV/AIDS, Female Genital Mutilation and violence.

Under her direction, WAGGGS has increased its leadership events for girls and young women, internationally and locally. Girls are increasingly able to speak up, take risks and take the lead whether that’s at school, work or in their community, in turn putting a stop to gender disparity.

For example, in collaboration with UN Women and with the support of Nicola, a ‘Stop the Violence’ curriculum was developed in direct response to girls revealing that violence is something they are worried about, and where they think Girl Guiding and Girl Scouting should be taking action. In partnership with Dove, a global badge curriculum called ‘Free Being Me’ has been created, aimed at building body confidence in girls.

Nicola joined the Girl Guiding and Girl Scouting movement as a member of her local Brownie group in 1985 and is currently a member of Girlguiding UK. She undertook several national UK roles before taking office as a member of the Girlguiding UK National Board from 2005-11. Nicola achieved her Queen’s Guide Award in 1998.

Nicola was presented with the WAGGGS ‘Young Women of the Region’ award in 2005 and was recognised in the Independent on Sunday “Happy List” in 2012. In 2016 Nicola was presented with Girlguiding UK’s highest national honour, the Silver Fish and in the same year received the Bharat Scout and Guide Silver Elephant in recognition of her leadership in the movement.

Nicola holds a degree in Geography from the University of Nottingham. She joined the UK’s National Health Service (NHS) as a management trainee in 2000 and has held a number of senior management roles in London NHS Trust’s.

Professionally Nicola is currently the Deputy Chief Executive Officer of the Great Ormond Street Hospital for Children in London.

Combining her professional and volunteering roles and her passion for supporting young people to fulfil their potential, in 2013 Nicola led a team of volunteers to establish a joint Guide and Scout Unit at the Evelina Children’s Hospital in London.