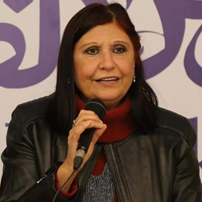 Board Member, National Council for Women

Professor of sociology at the National Center for Social and Criminological Research (NCSCR), Egypt, where she used to be its director from 2012 until 2017. Since 2016 to date, she serves on the board of the National Council for Women (NCW), nominated by the President of the Republic, among thirty members. She supervised various research projects, jointly undertaken between the NCSCR and the NCW, to investigate the priorities and needs of Egyptian women and to inspect the phenomenon of violence against Egyptian women. The results of both research studies fed in Egypt’s Women Strategy 2030 and the strategy for fighting violence against women.
She is the general supervisor of the second and third phases of the NCSCR comprehensive Social Survey project. She is also the executive supervisor of the Training Manual for Integrating the Gender Perspective in all Sectors. She has several contributions in regional and international conferences that dealt with issues related to addiction, childhood, environment and arts.