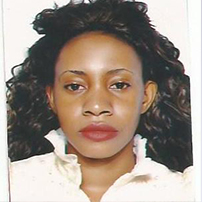 Ndagire Alice Bachelors’ degree in Social work & Social Administration from August 2007- July 2010. And her Masters degree in Human Resource Management from 2012-2014.
Ndagire Alice was worked as a Social Worker at Mityana Hospital, from 2009-2011. After that she was Probation and Welfare Officer at Mityana district, Uganda from 2012- 2013, Human Resource Manager at Mubende district from 2013-2014. Now she is Programs Coordinator at Giving Women Development initiative, Uganda from 2014 to date.