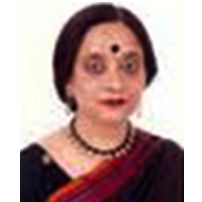 Nayantara Pal Chowdhury First lady president, BNCCI, and member, national executive committee, FICCI In every government project, I see a big role for public-private partnerships in future. With corporate social responsibility becoming the ‘in-thing’ today, industries have realised it is time to plough back into society some benefits we get from it. Be it in environmental issues or clearing garbage, an increased awareness among members of society is seen coming in. And this, beside monetary contributions. Kolkatans wish the city be counted among India’s modern cities. For this we may as well keep in mind that this city has some unique aspects to itself, like any other city of the world, which needs to be kept intact. Building the right environment and infrastructure for a better tomorrow is being promoted in Kolkata, in which the role of NGOs is notable. Kolkata’s industrial future will see young entrepreneurs and think tanks in key positions of control, the trend for which has already begun. We need this positive new energy injected into Bengal. Positive change cannot be overnight, but it must begin with a change in attitude among the masses.