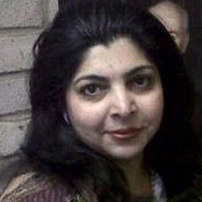 Namrata is an Indian born British Journalist. She obtained a Batchelor of Arts degree in Economics from Jahind College and Sophia’s College, Bombay University(1985). She moved to London within months of graduation and is UK based. She remained a successful entrepreneur from 1986-2009. In 2010 she was nominated for the post of General Secretary at the House of Lords by Lord Adam Patel and Founder President of British Organisation of People of Indian Sub-Continental Origin (BOPIO), Mr Sinna Mani. In 2014 she was appointed as the Political Secretary for BOPIO. A Co facilitator for BOPIO Conferences, she’s worked with numerous NGO’s of Indian Origin within UK under the BOPIO Umbrella. She’s maintained an enthusiastic spirit and always keen on supporting women’s agendas within the organisation and its peripheries. Her other works include East London Conference in January 2012, Midland BOPIO Conference February 2012. Sikh Forum 2012, Various House of Lords events on Islamaphobia, Palestine and Sri Lanka. Her tireless campaigns for BOPIO working with the grassroot communities of the Hindus, Sikhs, Muslims, and Caste organisations have proved to be challenging and have changed her thinking today of how society should operate. She was appointed by the Student Union as the Women’s Committee Officer at Birkbeck College, and a National Union Student delegate in 2014. She played an active role in the Executive Council at Birkbeck Student Union. She is a leader and convener of the Women’s Conference in the UK Parliament since 2013 to present. A keen learner, natural grasp of situations, and encouragement from the very senior officers of BOPIO led her to return to her studies after a long gap in education. She obtained her MA in Journalism from Birkbeck College, (Mallet Street ) which is affiliated to the University of London
Nancy Woods is a Journalist, writer , curator and media analyst. She has interviewed politicians from India and UK and analyses media content. She has issued Press Releases and done Public Relations for a lobbying organisation within the UK Government on various political issues and political activism. She carries on writing as a freelance Journalist. She has written for the newspaper Brent and Kilburn Times and online publications for various news agencies such as CNN , Shoutout UK, Asian Trader, Urban Times . She was on the editorial team for the lamp and Owl Birkbeck College online publication.
Nancy has interviewed Kavita Krishnan from All India’s Progressive Women’s Association on the issue of rape and its global significance in transforming gender based Indian society in 2013. She visited Edinburgh for the historic referendum vote and interviewed Scottish Intellects in 2014. She has written about PM Narendra Modi’s social media campaigns and its impact on the changing digital culture in India and around the globe. Her contribution to both Countries (Britain-India) and to publish her work for public policy debate in India. Her book “De westernizing media studies” is released in October 2016.
Her interests are in photography, making and producing documentaries, and she obtained her training in London from Kensington and Chelsea college.
She is currently studying an MSC in Development Studies at Birkbeck College. She wishes to pursue her interests in philanthropy and Entrepreneurship in sustainable development environmental projects for the upliftment of women in Tamil Nadu, India.