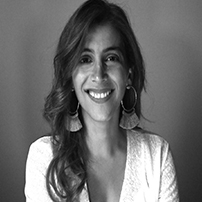 Naila launched her career at Bates on the Heineken brand, Fayrouz. Her experience in the beverage industry progressed after launching the brand across MENA earning her the attention of BBDO, recruiting her in 2007 to manage the Pepsi portfolio.
Naila’s responsibilities widened as she became the Group Account Director on Pepsi, Mars, and Barclay’s.
In 2014, Naila moved to lead the Strategic Planning department. A year later, Naila joined FP7 McCann as the Head of Strategy, helping position the agency as the 2nd most effective in MENA for the past two years as well as garnering global acclaim at Cannes, D&AD and LIA. Two years later she became the General Manager at FP7 McCann, only to join BBDO once again to lead the Cairo office as its Group Managing Director.