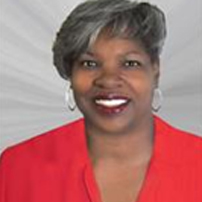 Elizabeth Chaney is a retired tax professional and avid educator. She has over 37 years of experience in tax administration. Twenty-five of those years with the Michigan Department of Treasury. She was appointed as the first African-American Tax Disclosure officer for the State of Michigan. In that position she designed the first interactive confidentiality training course approved for tax administration. In 2006, the Michigan Department of Treasury won national acclaim by the Federation of Tax Administrators for training because of her course. Liz participated in the development of many security protocols for the Michigan Individual and Business Tax computer systems. She led web project teams developing controls for protecting privacy of Michigan taxpayers. She retired in 2013 as the Security Manager in the Office of Privacy and Security at Treasury. After her retirement from state government she was appointed by the federal Treasurer as a Taxpayer Advocacy Panel (TAP) member serving from 2014-2016. In this capacity she led a team of volunteers to recommend proposals to improve policies and procedures at the Internal Revenue Service. For her accomplishments in 2016 she received the President’s silver award for volunteerism from President Barack Obama. Ms. Chaney is currently working with the Detroit chapter of Black Girls CODE, Inc. to introduce females ages 7-17 to STEM careers.

She has a BBA degree in Accounting from Davenport University; and holds an MBA in Technology Management from University of Phoenix; and Master’s certificate in project management from George Washington University in DC. She has received many accolades as a member of the National Association of Negro Business and Professional Women’s Club, Inc. speaking on nonprofit issues and providing training workshops. She is skilled at the development of customized training workshops and seminars to improve the use of mobile and voice-activated devices by caregivers and seniors.