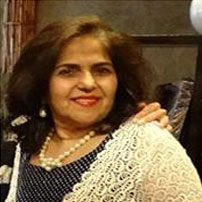 Mridula Sharma is a post graduate in Political Science with subjects like International Law, Public administration, political theories and constitutions of various countries. At degree level she has studied psychology, political science and English Literature. She has been secretary Lioness club for a number of years and in that capacity has worked with the father of Sri Sri Ravi Shankar of AOL. At age 38 she was the 1st runner up in a beauty pageant (Mrs Bangalore 1988) where she competed with 24 and 25 years olds She gives talks on natural health to various groups like the rotary, lions clubs, senior citizens, army wives, private groups etc. She holds workshops for the same and for publishing.