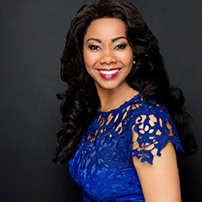 Monique Dekker is a Dutch lady of Surinamese origin living in the Netherlands. International speaker, coach, trainer and mentor with a passion for high heels. She is the founder of ‘Total Presence Academy ‘ and ‘Yourself in Leadership’ , and is the host of her own talk show.
She believes that succes is about taking charge and getting to know who you are at a deeper level so that you can lead yourself, and others, from a higher level of awareness. Then you will achieve your highest possible potential in the moment. Not next year, not at the end of your life, but here and now, each and every day.
After more than 20 years of career as a financial controller and manager in various companies, her world changed in one fell swoop. In 2012, three weeks after she had buried my mom at the age of 60, she woke up one morning, half-paralyzed. A few hours later the diagnosis was: a brain hemorrhage. Her career was over and so was life as she knew it. During her rehabilitation of one and a half years, she realized that her greatest passion and drive is empowering and working with people, supporting them in achieving their highest possible potential and creating the life they desire. Sometimes it starts with believing in them even before they do.
It was in this phase of her life that she discovered that her true purpose was staring right at her all along. But she was so busy looking down the road that she could not see what was in front of her, or rather, what was inside of her. Then one day it hit her; she had been in effect practicing her purpose for over 20 years, yet not in the right environment and therefore not aware of it. She realized that she was not living up to her fullest possible potential at that moment. So after recovering she took charge and decided to start her own business.
From the time she was eight years old, she spoke before large audiences and developed a love for public speaking. After recovering from the stroke she decided to start her business being a professional presentation coach. While educating herself to achieve this, Monique discovered that she was not so much interested in the techniques of speaking in front of an audience, rather than being intrigued by the question what was going on in the speakers mind when they were having difficulties speaking. What caused their fear to speak?
This intrigued her so much that she decided to educate herself on how the human brain works.
She has increased her knowledge and improved her skills by studying positive psychology, the basics of neuroscience, and cognitive behavioral. Combining all this knowledge together with her 20 plus years of work experience as a manager and observing people‘s behavior, she has moved her focus from being a speaker coach to building her business as self-leadership trainer and international speaker.
In 2018 Monique received the Global Woman Leadership Award 2018, in New York, where she had the honor to share the stage with great and inspiring speakers such as Mirela Sula, Les Brown and his daughter Ona Brown.

A personal note from Monique

I believe that every one, is born with a purpose in life. In my perception it’s the same for all of us; to be of service to each other. The wrapping is the same for most, but what’s in the package, is different for each and every one. Whatever gift or talent you have, whatever line of work you’re in, you always serve someone else with what you offer. And of course we want to give the best we have. So in order to give our best we have to be our best, because you can only give what you have. To develop ourselves in becoming our very best self, we need to be among the right people and in the right environment. Where we can be and express the wonderful and talented being we are. The choice for that environment is ours.
I see this as a part of practicing self-leadership; becoming successful by sharing what others need and getting what you need to grow together. The one thing that makes us women vulnerable is our conviction that everything and everyone is more important than ourselves. This leads us to hide our own talents and worth, while putting others first and encouraging them to shine. There is nothing wrong with that. But how about becoming our own best version and making a much bigger impact?
This is my mission and my passion. To support woman on their journey, becoming the best version of themselves in order to live their full potential and live the life they truly desire.
May we lead ourselves in a way that others want to follow. May we shine and inspire others to do the same.