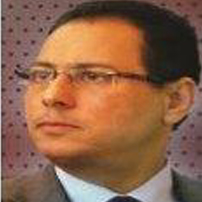 Mohammed Omran is the Chairman of the Financial Regulatory Authority (FRA), the single Regulatory Authority for Non-banking Financial Institutions and a Professor of Finance at the Arab Academy for Science and Technology. Prior to his recent appointment, he was the Executive Chairman of the Egyptian Exchange for six years. He was also the Chairman of the Federation Euro-Asian Stock Exchanges (FEAS). He served as a Vice Chairman for Operation of the Insurance Holding Company for one year and the Vice Chairman of the Egyptian Exchange for four years from 2006–2010.
Mohammed holds an MSc from Cairo University and a Ph.D. in Finance from the University of Plymouth, UK. He was a Visiting Professor in several research and academic institutions such as the University of Plymouth, the University of Oklahoma, the World Bank, the University of Laval, and the Vaasa University. He served for several years as an Economist at both the Arab Monetary Fund in Abu Dhabi and the International Monetary Fund in Washington D.C. He was an advisor to the Minister of Investment and an Acting Executive Director of the Egyptian Institute of Directors.
Dr. Omran had been awarded several research grants and prizes. He was the Winner of the Capital Market Personality of the year 2017 in Africa. Also, he was one of 9 selected globally and the First and Only Egyptian to get the Distinguished Hubert Humphery Leadership Award.
He was a Fulbright Scholar and he served as an International Board Member at the Privatization Agency of Kosovo for five years from 2009–2014. He served as a Reviewer for more than a dozen Economics and Finance Journals.
Dr. Omran specializes in Financial Markets, Corporate Governance, Corporate Finance, and Privatization concentrating on the MENA region. He authored and co-authored around 40 papers and his work appears in several international Economics and Finance Journals such as Journal of Economics and Business, Journal of Financial Research, Journal of Comparative Economics, Journal of International Financial Markets, Institutions and Money, World Development, International Review of Law and Economics, Multinational Finance Journal, International Review of Financial Analysis, Journal of Investing, Emerging Market Review, International Journal of Business, Review of Accounting and Finance, International Journal of Theoretical and Applied Finance, and Global Finance Journal.