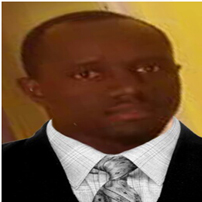 Economist,Tax auditor,Ministry of Economy and Finance / Directorate General for Contributions and Taxes

Mmamadjam Djaló, I was born in cossé region of Bafatá in Guinea-Bissau, on the 12th day of February in the year one thousand nine hundred and eighty-four.
My late father is SadjóDjaló, was a manager of the Bafatá cotton project for many years, and later mentored the Nafora agricultural cooperative in Bafatá. My mother’s name is AdamaDjuldéSané, a lavatory and domestic laborer in Bafatá. I am a father of two girls, one with three years and the other with two years, I have nine brothers, four male and five female, one lives in Italy and the rest here in Guinea-Bissau, all had the opportunity to attend schools I have a Bachelor’s degree in Administration, and I’m the only one with a degree in economics, I have different courses, ancillary courses, computer science courses, hardware and software management, practical course in journalism, projects and course Of Entrepreneurship. I learned so much from my Father because they say that he is a man of reference as a human and a leader of the community, he was always a good Father, a good leader, and a good friend. I had to leave the city where I was born, where my family lives. Fifteen years later I went to Capital with the purpose of studying and being a man formed equal to or better than my Father, in the capital since I had no first-time family. Residing in a neighborhood called decuntum along with my tiu, after suffering so much with my tiu, I was forced to live with my cousin by the name of Mariama, after the death of this cousin, I decided to go to live alone with disasters and desassete years only, later I eventually lived with my older brother, who also slept in a boutique just to finish his studies, in a neighborhood called Amidallai, given the bad conditions I tell him to live together in the Sintra neighborhood. I finished my high school and university studies. With so much suffering I decided not to change my neighborhood until I built my own house, fortunately I could build my precarious house in the year two thousand and fourteen in the neighborhood of Ntula where I am now living. So much suffering in life led me to work with many years in order to free my father, so that he began to worry about my younger brothers, first I worked as a volunteer at AGUIPROJ, we won with sub-grants, Red Cross too, INFORAFRICA there won A minimum wage, Network Aid Cooperation and Development entered through a public tender as a computer, I managed to merit to enter in the year two thousand and six and leaves in the year two thousand and thirteen I have generated a lot of experience as a technical professional of social intervention. Two thousand and thirteen through a public contest I entered as financial director of the company Gomes Sano MSG SANO Lda. I did a good job and simultaneously I worked for company Campos Monte. I have computer skills in Finance and Accounting, Administration and Business Management, leadership, computer science, and able to work in any group, trained and able to learn and work in any environment with pressure or without pressure. I had the privilege of gaining experiences in the red cross of my country, grassroots organizations, NGOs, private companies and now in the public sector Ministry of Economy and Finance through national public tender (the first financed by the World Bank, IMF with ninety questions) . I have ability to absorb and learn fast.