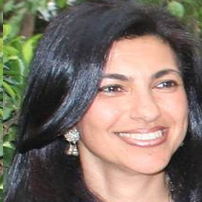 Mireille M. Nessim has over 17 years of experience in managing development projects. She is leading Takatof, an NGO that worked in slum areas upgrading and recently focused on working with the children especially in the field of education .She capitalized on her previous experience as well as her network in the private sector to serve this cause by mobilizing the business community to contribute to a national cause as part of its CSR and paying back to the community. She started her career at the American Chamber of Commerce in Cairo where she spent 13 years holding different managerial positions.. Following that, she moved to IDSC and RITSEC where she set up the Publications Department as part of her role as Public Relations and Publications Manager, then moved to establish the Communications Department at both Cairo & Alexandria Stock Exchanges, and the German-Arab Chamber of Industry and Commerce. Then she made a shift in her career following her passion to make a difference in underprivileged life. In 2017, she received the Top 50 Performing in Egypt award for the year 2016 for her work in development. In 2010, she received the International Volunteer Day Award by the Egyptian Red Crescent, and in 2009, she received “The Innovation Award” by Human Capital Capability Academy (HCCA) and world-renowned expert on renovation Rowan Gibson, and in 2008, “The Dubai International Award for best Practices to Improve Living Conditions” Certificate. She is the Co-Chair of the Corporate Impact and Sustainability Committee of the American Chamber of Commerce. She is also the founder and Chairperson of “College de la Mere de Dieu” Alumni Association; member of the advisory committee to HABITAT; and member of the NGO Committee of the National Council for Women. She participated as a speaker, organizer and moderator in different conferences and forums especially related to CSR, SDGs and education. She has an MA in Middle Eastern Studies from the American University in Cairo as well as senior Executive trainings: “Leading for the Future Program” at Harvard University, John F. Kennedy School of Government and the “Women’s Leadership Program” (WLP), Center for Creative Leadership (USA) .