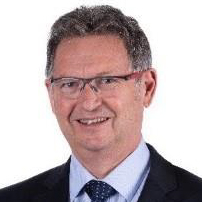 Mike Whitfield is the Chairman and Managing Director of NMEG effective 20th of June 2019 and Chairman of Africa South (AF-S), which covers South Africa & Sub Sahara Africa. Mike has extensive experience in the Automotive Industry which kicked off when he joined Nissan in 1981 as a Marketing Trainee. His career further developed during which he held positions as District Sales Manager, Product Manager and Advertising Manager. In 1993, he was appointed as Director of the Heavy Vehicle Division, responsible for a wide portfolio in the Nissan Diesel Business Unit. By 1999, Mr Whitfield had been appointed Director Sales & Marketing for Nissan SA. In 2005, he took up the position as Managing Director of Nissan Nordic Europe where he was instrumental in set up of smaller territories within the Nordic Region. Mr. Whitfield returned to South Africa in 2008 and has since assumed position as Managing Director.
Under the leadership of Whitfield, Nissan South Africa achieved an annual increase in its market share that surpassed 10%. This is considered the highest increase Nissan South Africa accomplished during the 21st century.
Due to his seasoned career in the Automotive Industry, Mr Whitfield has held the position as former President of the National Association of Automobile Manufacturers of South Africa (NAAMSA) and currently, is the Vice President of the Association of African Automotive Manufacturers (AAAM). AAAM is an organisation that proactively engages with government and other stakeholders to build favourable auto-policies in the African Markets. Mr. Whitfield together with other AAAM members are therefore involved in liaising with Governments in key African markets to reform auto-policies for creation of sustainable and globally competitive automotive industries.
In addition to his role as Chairman of Africa South, Mike Whitfield has been appointed as the Chairman and Managing Director of Nissan Motor Egypt since 20th of June 2019, leading the only global OEM in Egypt that owns 100% of its plant.