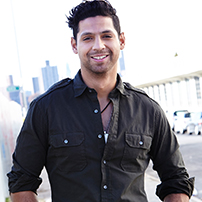 Mike Scala is a World Record holder, philanthropist, and activist. In 2013, Scala established the “Mike Scala Foundation for Youth,” (MSFY) an organization that provides aid and educational opportunities for at-risk youth in 15 countries and over 40 cities around the world.
Scala serves as an advisor for a number of international Non-Profit organizations, is a NEXUS Global member, and has helped build/create a number of successful social movements both in the U.S. and internationally. He has spoken around the world at universities and conferences such as Rutgers University, NYU, Business Institute of Scandinavia, NEXUS Global, Decade Of Woman, Mak-X, Thomson Reuters, and more.
In addition, he is also the lead vocalist for electronic crossover group Delta Underground and one of the most sought-after producer/songwriters in the Indie Pop and Electronic underground scene. He is currently working with teams and members of One Republic, Tokyo Police Club, Deadmau5, Logic, Lady Gaga, and more.