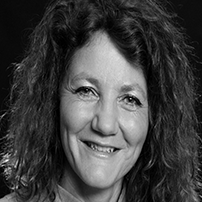 CEO & co-founder, The Why Foundation

Mette Hoffmann Meyer is a Danish CEO and co-founder of The Why Foundation, a non-profit, Peabody Award-Winning organisation striving to ensure that all people have free access to independent information. Mette believes that an informed population is able to make better democratic decisions and she embodies these values in her work at the organisation. The Why Foundation initiates, produces and distributes public media projects through broadcast, cross-media platforms and outreach activities, reaching hundreds of millions of people across the globe.
Mette has worked within the documentary film industry, in Denmark and internationally, for nearly 30 years. She has been serving as an executive producer for films such as Taxi to the Dark Side (2007), India’s Daughter (2015), Democrats (2016) and now the Oscar-nominated film Last Men in Aleppo (2017). She is the former Head of Documentaries and Co-Productions at the Danish public service broadcaster Danmarks Radio. In 2015 she was the recipient of the prestigious Doc Mogul award for her outstanding contributions to documentary film.