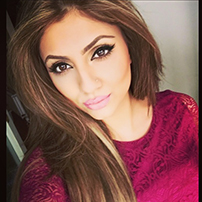 Mehreen is a teacher and blogger who writes about issues that affect young Muslim women in Britain today. It was her strong passion to empower young people from deprived boroughs that led her into the field of education immediately after graduating, when she returned to teach in the area where she had grown up. Mehreen wanted to break down the stereotypes and social expectations that surrounded and confined young Muslim women and wanted to inspire them to break boundaries and achieve. It was this same belief that motivated her then to write her blogs. Her blogs were noticed worldwide and she has since featured in national newspapers such as The Telegraph, been a panellist on the BBC and participated in a mainstream documentary which explores the lives of young British Muslim women.