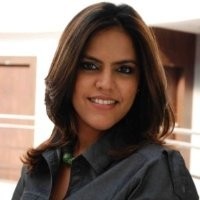 Whistling Woods International is Asia’s largest Film, Television, Animation and Media Arts institute, providing world-class education in all technical and creative aspects of filmmaking and television. The 20-acre campus is based in Mumbai’s Film & Television Production centre Filmcity, and offers courses that vary in duration from 10 months to 30 months, both full-time and part time in nature. All major specializations of the Media & Entertainment industry are catered to, including Acting, Animation, Cinematography, Direction, Editing, Producing, Screenwriting and Sound as well and Television & Broadcasting Studies. Whistling Woods International also offers, in association with Manipal University, India’s first MBA in the Media & Entertainment.
Whistling Woods International has achieved all this in the short span of three years and is on the way to fulfilling it’s goal, to be the institute of choice for media education globally.