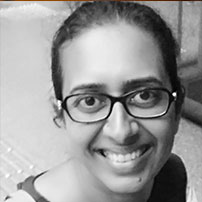 Meenal Jaisswal is MBA Finance who after working in Project finance for 10 years moved to follow her passion of Photography. She is an internationally trained and travelled Portrait Photographer for the past 10 years. Her mentors has been First woman photo journalist Ms. Homai Vyarawala to Former Professional Photographers of America President Ms. Helen Yancy.
Her work has been featured in many magazines and newspaper. Also, admired by her hundreds of clients who commissioned her art. She has captured celebrities from Amitabh bachchan to Zakir Hussain. She has been associated with India Kids Fashion Week as photographer and as judge for Gujarat Kids Fashion Week.
She took up a journey as a Raw Vegan which helped her find a new person in her. She claims she knew a lot about health, till she actually experienced health She released 45 pounds of weight from her body in a span of 120 days.
This experiment on self made her realize many capabilities of human body and mind. Broke many proven myths like B12 comes only for animal source. Her B12 doubled in 45 days with only raw vegan. Now, as a mission make India Healthier through her new Product My Saukhya.
She calls herself a nerd and studied Digital Marketing with Allison Shreeve from Australia.
She conducts annual charity photo shoot which has been highly appreciated by Tata Memorial , Mentor Me India, Bipolar India, Physically and mentally challenged children and Down Syndrome Children .
As director she has director short films. As Actor, she has worked in Men’s World Yash Raj Project on gender equality . She has founded interviewed and columned about Celebrities in magazine Bliss Equity.
As a person she is a voracious reader, foodie and a born traveller, and loves to experience interacting , meeting , experiences, different, places, cultures, cuisines and believes in the spirit of Vasudhaiva Kutumbakam