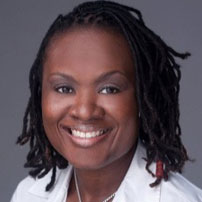 Marlin G. Williams has over 20 years’ experience as a Global Diversity and Inclusion Officer for two Fortune 500 organizations, Speaker, Media Contributor, Deputy Chief Information Officer and Technology Entrepreneur. Passionate about diversity, inclusion, and empowering women in tech, Marlin founded Sisters Code in 2013, with a purpose to “Awaken the Mature Geek” by educating, empowering and enticing women ages 25–85 to explore the world of coding and technology. Currently she serves as the Diversity and Inclusion Entrepreneur-In-Residence for TechTown Detroit, working to bridge the racial and gender gap in tech entrepreneurship. After college, as an aspiring mortician, Marlin learned to code in seven languages in 13-weeks. In less than a year she emerged as a mainframe programmer developing and maintaining code for the automotive and banking industry. It was during this time Marlin noticed a severe lack of women and people of color at the technology table, thus her passion for diversity and inclusion in technology emerged. Ultimately, Marlin was asked to serve as the first Global Chief Diversity and Inclusion Officer for Compuware Corporation. As the Deputy Chief Information Officer for the City of Detroit, Marlin and her team successfully developed the City’s first e-government initiative and led the collaboration across ten unique agencies to support the technology and infrastructure required for Super Bowl XL. Marlin’s insightful and thought-provoking presentations include Microsoft Corporation, TEDx, SXSW, Techonomy, MSNBC, Tech Week, Tech Inclusion, Meeting of the Minds, Yes We Code and WDIV amongst others.