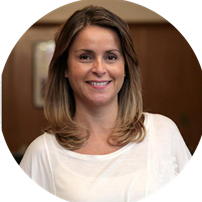 Marisa holds a degree in International Trade (1999) and a postgraduate in International Marketing and Foreign Trade (2002). She worked in the Argentine Ministry for Foreign Affairs from 1996-1998 and then in the Export Foundation as a Technical Assistant of 1998-2000 before moving into the private sector with multinational company SGS Group from 2000-2002. In 2003 she was called by the Export Foundation to assume the role of General Coordinator of Business Care and Training for exporting entrepreneurs (a network of 64 offices throughout the country).
In 2008 she joined the Government of the City of Buenos Aires, first as General Coordinator of Creative Industries and Foreign Trade, then as the General Directorate of Creative Industries until 2014. From 2014 to 2015 she has participated in the design of public policies in Fundación Pensar in topics related to Foreign Trade, International Relations, Promotion of Investment and Agribusiness. In the academic field, since 2006, she has taught Foreign Trade, International Marketing and International Economic Relations in several private universities (UB / UCES / UADE). Since 2008, she has been the teaching assistant for Foreign Trade Masters and Postgraduate Degree Program for the Agribusiness the Agribusiness and Food Program of FAUBA. Until 2015 she was the Academic Co-Director of the Graduate Program in Higher Level Foreign Agricultural Trade.