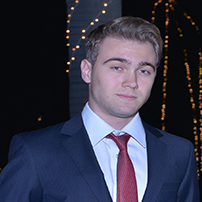 Born in Cairo and having lived in Bulgaria, Belgium, Tunisia and India Mario has had a rather global and international life. While studying in Bulgarian, French and British schools he acquired valuable skills, multicultural experience and open mindedness. His language repertoire consists of Bulgarian, English and French at a high level of proficiency and Spanish at an intermediate level. These eventually allowed him to participate in the Student Council of the British School of New Delhi, an important leadership position in an elite school, in addition to events such as the Beijing Model United Nations. Mario also gained other insight into the field of international relations during an internship at the Atlantic Club of Bulgaria. Currently, he has taken up International Studies at the Hague Campus of Leiden University.