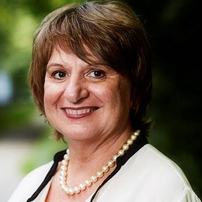 Chairman of the Social and Economic Council (SER)

Ideally, she is able to bring people together – often with small steps. Hamer can accurately assess what happens in a process and immediately knows how to respond to it. Her motive is to make everyone better participate in the labor market and in society. She has been the Chairman of the Social and Economic Council since September 2014. From 1998 to September 2014 she was a member of the House of Representatives for the fraction of the Party of Labor. From January 2008 to May 2011, she led this group as chairman. Furthermore, she was chairman of the Permanent Chamber Committee for Economic Affairs, Agriculture and Innovation and spokesman in the field of social affairs, labor market, labor relations, labor and care, education and childcare. In the House of Representatives she has held various positions including a member of the presidency and vice-chairman of the House. She was also active in various board positions within the PvdA. For her political career, she was head of the Strategic Policy and Policy Studies department at the Higher Professional Education department of the Ministry of Education, Culture and Science and director of an adult education institution in South Holland. Hamer was the founder and first chairman of the National Student Union in 1984, the LSVb. Both the relationship between education and the labor market and emancipation issues are important themes in all its activities. Immediately after she took office, she took the initiative to set up the SER Youth Platform. She studied at the teacher training of the VU Dutch and Omgevingskunde. She obtained her doctorate in General Linguistics at the UVA. Mariëtte Hamer is also a crown member.