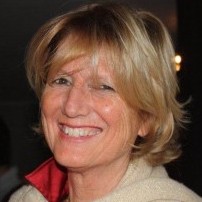 Marie-Claude Machon-Honoré has a long-time experience in education and a doctorate in Anglophone studies. She researched “The role of education in the development of women in the Anglophone Caribbean in the 21st century” for her PhD (Sorbonne University, France).
She is a graduate of the Caribbean Institute in Gender and Development Studies (UWI). She presented her research at the Commonwealth Institute and the University of Paris-Diderot and reviewed a book on Caribbean women in politics for the Round Table Journal.
She has been the permanent representative for BPW International to UNESCO since 2012 and contributed to the first international UNESCO NGO-Liaison Committee forum on Education in September 2013 and NGOs Literacy Day in September 2014; she co-organized the 4th forum on the role of women in fighting poverty in June 2015; she was a panellist at COP 21 in December 2015 on behalf of the group of NGOs in partnership with UNESCO and for BPWI and Women for Water Partnership. She is the co-leader of the current follow-up to the 4th forum on women in fighting poverty.