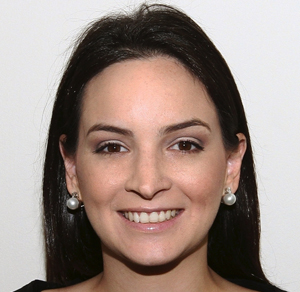 Mrs. Navarro studied International Affairs, Economics and Latin American Studies at the School of Foreign Service of Georgetown University.
In March 2015 she was appointed Vice Minister of Multilateral Affairs and Cooperation. Since July 2014 she had served as Secretary General of the Ministry of Foreign Affairs.
Prior to her position in the Government of the Republic of Panama, she served as Executive Director of Swiss ARIFA Trust Company. In this company, Navarro focused on trust and corporate services, family consulting and estate planning. She had previously worked in investment and private banking.
Navarro is a member of the Society of Trust and Estate Practitioners, the Aspen Global Leadership Network, and the Central American Leadership Initiative.
She is married, with three children.