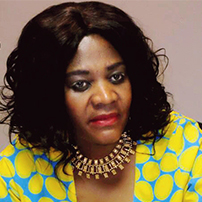 In her personal capacity and through the Woman of Standard Global Business Network, she is engaged in providing support to orphans and vulnerable children, HIV positive people, disabled persons and street kids. She also provides counselling to people who have marriage, family and other social problems.
In all the meetings she participates, she incorporates issues of women’s health and encourages women to frequently go for cancer screening. She managed to influence women so that they became technologically savvy and they are now on social media and have email addresses.

Margaret is actively involved in the promotion of women owned businesses. In 2013, she organised a business trip for women to China. In 2014, she also organised another business trip to Mauritius, which was aimed at establishing the market for crafts. Accordingly, women were able to establish business linkages and most of them are operating shops and flea markets.

In April 2015, Margaret Takaedza attended the Indian Home Expo and managed to encourage tourists to visit Zimbabwe. As the Chairperson of Today’s Woman Business Network, she managed to facilitate a memorandum of understanding with the Chinese Business Associates in Zimbabwe. In August 2015 Margaret Takaedza launched a book, ‘A Woman of Standard’, which is aimed at empowering women to be entrepreneurs in all sectors of the economy. She was also one of the presenters during the 2015 Today’s Woman Conference.

Margaret Takaedza is always invited to make presentations in other churches, national and international functions. Her activities are recognised by the Ministry of Women’s Affairs, Gender, and Community Development and was part of the organising committee of the 2016 International Women’s Day Celebrations that were held in Nyazura.

In 2016, Margaret won the prestigious Women in Enterprise Conference Awards (WECA). The WECA are a segment of the Zimbabwe National Chamber of Commerce (ZNCC). She was also the first runner-up in the Zimbabwe Investment Authority Woman Investor of the Year Awards (2016). In March 2017, she attended the United Nations’ 61st Commission on the Status of Women (CSW) 61 (held in New York), where she presented the success stories and challenges faced by women in the mining sector in Zimbabwe.

Margaret Takaedza and her company, Shemitah Mining, are engaged in a myriad of philanthropic activities to support vulnerable groups in Zimbabwe. In 2015, Shemitah Mining Company donated two vehicles to New Revelation Glass House Ministries International. In addition, in 2016, she donated maize to communities in the mining districts her company operates. The absence of sound social safety nets meant that there are a lot of vulnerable groups, that is, widowed women, HIV/AIDS orphans, child and elderly headed households, street families, disabled persons and prisoners, who are in need of help. Because of limited financial resources, the support activities are restricted to Mashonaland and Manicaland Provinces in the Districts of Zvimba (Mashonaland West), Madziva, Shamva (Mashonaland Central), Marondera (Mashonaland East) Rusape and Chiendambuya (Manicaland). There are also vulnerable groups in urban areas and we have support activities in Chitungwiza (Harare Metropolitan Province). Though Margaret and Shemitah Mining are yet to establish a formal social support system, they have provided moral and material support to the following groups:
 Visits to prisons to assist female prisoners in terms of providing sanitary wear, moral support preaching the word of hope;
 Paying school fees, providing food and clothing to orphans and vulnerable children;
 Providing legal assistance to Girl’s affected by early marriages;
 Organising business networks for women and in 2015 we signed a memorandum of understanding with the Chinese Business Association in Zimbabwe;
 Proving women with financial assistance to become entrepreneurs;
 Assisting old people with food and clothing; and
 Assisting street families with shelter and food.

Margaret Takaedza’s ambition is to see every woman she associates with being financially independent. She is also willing to share ideas with other entrepreneurs.