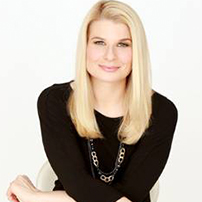 Before Mara became an inspirational figure for women who own their own business – or want to – she was an overweight bullied grade school reject (whose teachers told her “You will never be successful!”). Now she is a successful woman working for herself and getting what she wants in life, AND she wants you to know that no matter your circumstance, if she can do it, and you are willing to do the work, you can do it too! Mara is your reality check in a world where many falsely claim that being a business owner doing something you
are passionate about is easy, and you can become wealthy working just a few short hours a week (though she does believe that it can become “easier” with the right guidance and know-how).
Now Mara shares the TRUTH about being a woman working for yourself (and the very best marketing and sales strategies for growing a business you love – without sacrificing your life).
Mara is also the owner of the “Direct Response Copy Girl” Copywriting Agency, specializing in writing sales copy for business owners in the coaching, speaking and ecommerce industries.
A few of Mara’s most proud moments:
• Named “The World’s Best Female Copywriter” by quite a few very successful marketing experts.
• Mara has been featured on ABC, NBC, CBS, FOX, The Huffington Post, The Baltimore Sun, and many other major
media outlets.
• Mara has coached and inspired thousands of women to start their own businesses online.
• Mara made over a million dollars tracked back to social media in under a year while working with her father at
the company her father, Bill Glazer, founded, Glazer Kennedy Insider’s Circle (GKIC), which was built into
the largest education company of marketing and money making information to small business owners
around the globe, and then sold to a venture capital firm in 2011.
• Mara was the leader on a fundraiser that raised over $70,000 for the Junior Achievement Organization to start a
program teaching inner city youth how they can start their own real businesses.
• Mara is the behind-the-scenes business strategist to some of the most recognized top earning influencers
around right now.
• AND… Mara has traveled the country speaking and inspiring women to achieve more success in their business
and get more of what they want in life