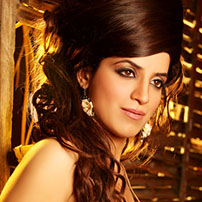 Swami Satyanand Saraswati, in his ‘Asana Pranayama’ stated: “Yoga is not an ancient myth buried in oblivion. It is the most valuable inheritance of the present. It is the essential need of today and the culture of tomorrow.” Yoga is the science of right living with unity. It establishes integration and harmony between thought, feeling and deed.

Mansi Gulati, Mrs India Asia International 2015 and an international Yoga exponent has been working in the field of Yoga for over 15 years and has developed a concept of ‘Face Yoga’, a natural exercise for the upper shoulders in addition to various other yoga exercises.

Mansi was interviewed on the Tejasvini Program of Doordarshan on 18 Jun 2017 to highlight her achievements in Yoga and also on the India TV show on 21 Jun 2017. She conducted mega functions at Lucknow, Gujarat, Hyderabad and Pune during the International Yoga Day Celebrations from 17-22 Jun 2017. She has done over 1700 shoots on Yoga for ETV, has been covered by all South Indian Channels and is doing Yoga shoots with TATA Sky as well.

Mansi is now going to conduct Yoga sessions at Historical sites all over the country. She starts with Qutab Minar at Delhi on 09 August 2017 followed by Red Fort on 01 Sep 2017. She is doing these programs in collaboration with the Ministry of AYUSH and has coordinated with theArchaeological Survey of India to use the historical sites. Her aim is to spread the message of healthy living as also to promote Indian Culture through Yoga and promote Tourism by conducting Yoga at these historical sites