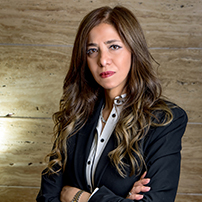 Manal is an AUC graduate who received numerous awards for her leadership, strategic thinking and achievements. Manal is also known for her passion for CSR and in 2017 and 2018 was awarded as one of the Top 50 women in Egypt. After 28 years of diverse experience she joined Elsewedy Electric as the group CSR and Sustainability Director. Published Elsewedy Electric sustainability report and Carbon footprint report. Manal promoted Gender Equality (SDG 5 ) in the company and CSR through a strong strategy. Prior to Elsewedy Electric, she worked for the Arab African International Bank (AAIB), as the Executive Director of the AAIB foundation managing the foundation strategically and operationally. As an economist she was the Financial and Investment Consultant for several companies. She also worked for GIZ leading a team to monitor and evaluate GIZ development projects in Egypt.