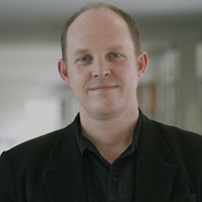 Architect, and the Founding Director of the Integrated

1. Short first-person statement, on their passion for towns/regeneration outside of cities in England

When I first walked around Margate thinking about the transformation that the Turner Gallery could bring, I doubt I really believed the strategy we developed would result in the change in the town we see today. A historical cultural legacy of Turners paintings, through careful stewardship and courage, has catalysed the transformation of the place and identify of Margate. I’m proud to have played a small part.

“Arup’s urban design and landscape team brought strong conceptual thinking as well as an attention to detail to deliver a masterplan of exceptional quality for the Wellcome Genome Campus in Hinxton. Arup’s sensitive and holistic design approach supported by a depth of research and foresight helped articulate a compelling vision and secure the future of a 21st century research and innovation community in South Cambridgeshire.”

Malcolm Smith is an architect, and the founding director of the Integrated City Planning team at Arup, London. His work is formed around a philosophy of integrated urbanism, that recognizes complex urban projects have specific ‘entry point’ issues that lead the direction of change. Some of his recent projects include;
Australia National University Masterplan, Canberra;
Northstowe new town Masterplan, Cambridgeshire;
Central To Eveleigh Masterplan, Sydney;
Human Genome Campus, Cambridgeshire;
Singapore Sport Hub, Singapore:
Dalian Harbour Masterplan, China;
Stratford City Masterplan including London Olympic Village, London;
Seychelles Strategic Plan, Seychelles
Zuidas District lead designer, Amsterdam.
He is on the Arup University council responsible for skills and research across the Arup group. He was the lead designer for the Zuidas district in the City Amsterdam, and an advisor to UN Habitat and the Gore Foundation. He has been a visiting professor at Yale University.