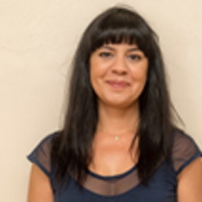 Sociologist, university professor at ISEG – University of Lisbon, holds a specialization in “Family and Society” by ISCTE-IUL, in Lisbon and in “Children and Families in adverse life situation” by the University of Gothenburg. Her background in the defense of women’s and children’s rights has taken her to São Tomé and Príncipe where she coordinated projects on SRHR and submitted law proposals on Child Protection to the Ministry of Justice. She is a member of the organizing committee of the World March of Women.
Subscriber of the 2016 World Population Day parliamentary initiative which reaffirms “the importance of universal access to sexual and reproductive health and education programs aiming to build a fairer, more solidary and developed world”.
Her interests, in addition to increasing ODA contribution to developing countries, are also associated with SRHR, gender equality and homosexual and trans people rights.