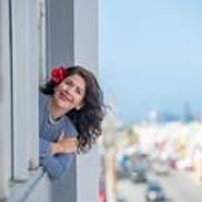 Faith is what brought me here, faith and perseverance,” says Lorel Cubano Santiago, as I sit across from her in a charming art gallery overlooking the Atlantic Ocean in La Perla, Puerto Rico, a historic area located outside the city wall of Old San Juan. While the neighborhood is viewed by some as ripe for real estate development, some see it as taboo. What Lorel sees is its potential to thrive. Known for decades as being one of the most marginalized neighborhoods on the island, La Perla was established in the 19th century, providing grounds for a slaughterhouse and housing slaves that were required to live outside the city.