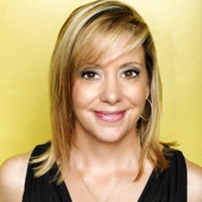 Liz Elam has built a career—and a thriving business—on the tenet that working one’s way up from the bottom instills tenacity, creates resilience and develops overall excellence. That belief, blended with an innovative spirit and a competitive yet collaborative drive, has propelled her to the forefront of the coworking movement.
As the founder of the largest coworking conference in the world, Liz has led the Global Coworking Unconference Conference (GCUC) from inception to its current incarnation, expanding from the US to South America, China, Canada, UK, Latin America and Australia along the way. She has taken the stage at the European Coworking Conference in Paris, Barcelona and Lisbon and spoken at SXSW on the topic of coworking for several years running.
Liz boldly forayed into the entrepreneurial world in 2010, founding Link Coworking in Austin, Texas and later expanding it into a multi-property enterprise while becoming a prominent voice in the coworking movement. She took the plunge into the then-fledgling concept after 14 years working for Dell, managing multi-million dollar accounts and emerging as one of its top sales executives.
Liz’s coworking research has been published in the Harvard Business Review, and her work has garnered press in the Sunday New York Times, CNN, CNBC, Investors Daily, Entrepreneur, Bloomberg, Dwell, Huffington Post, and Inc., as well as the cover of Austin Woman. She proudly served as the first-ever president of the League of Extraordinary Coworking Spaces. When she’s not promoting coworking, Liz is planning her next far-flung excursion, taking 9 plus years of sobriety with her everywhere she goes.
Having long ago overcome her fear of public speaking and more recently kicking cancer to the curb, she takes on speaking engagements from Austin to Oslo; between mentoring and consulting projects in the realms of coworking and design, she’s currently working on her first book.