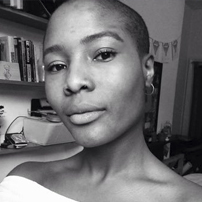 Liv’s main interests are women’s rights and asylum, having worked on a range of research projects, from women sleeping on the streets in Dublin to the experiences of women seeking asylum here in the UK. She’s supported Organisations such as the Simon Community, Women for Refugee Women and Restless Development.
Her main areas of study at university have been international relations, feminism, gender and Law and will be studying at SOAS this coming September on a full scholarship (Gender and Law). She’s also a freelance journalist having worked for publications such as The Guardian and Wonderland.
Liv is editor-in-chief of an online magazine written by young women of colour (gal-dem.com) from across the UK, there are now over 60 contributors to the platform which launched in September 2015. The publications content has been featured by a range of media outlets such as The Voice, The Guardian, Dazed, ASOS, Time Out London and more.
Liv in included on this email should you have any immediate questions about her or her work.