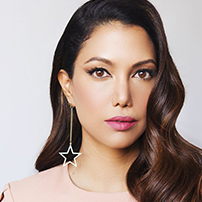 Lital Shemesh is a News Anchor and correspondent for the national Israeli Broadcast Authority (IBA) and the commercial Channel 20. She holds an MA in American Jewish Studies. At the age of 34, Shemesh has 20 years of journalism experience, which she began at the age of 12 as a writer for the mythological weekly childrens’ magazine ‘Kulanu’. During her military service, Shemesh served as a combat soldier with the Israeli Border Police, a unique position for women. This experience later led her to cover conflict zones as a journalist, including the volatile Gaza border. Shemesh is also a TV formats creator, winning the International Formats Awards is Kiev and at MIP TV Festival in Cannes. Shemesh travels around the globe, drawing on her military and journalism experience to explain how biased media coverage has negative effects on the Israeli-Palestinian conflict. In her talks she also presents her perspective on how to achieve women’s empowerment through their participation in male dominated arenas. Ms. Shemesh is an out-spoken publicist who expresses her unique opinions openly and gains massive social media traction on a daily basis. As a social media expert, she has lead several viral campaigns. Her talks include advice on how to become an influential social media figure.