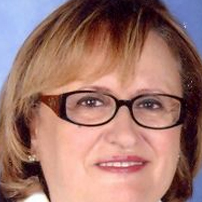 Mrs Leyla Khaïat who became a Senator Tunisian Parliament, September 2005 is a business owner in the Textiles Industries in Tunisia and is very active in associative leadership.
Mrs Khaïat presides over and is active in international and national economic and cross cutting not-for-profit (NGO) business owners’ organizations :

Distinctions :
• In 1993 and 1997, decorated by the Tunisia’s chief-of-state, receiving the coveted
l’Ordre de Chevalier de la Republic.
• In 1998 : Studies in the Institute of the National Defense (IDN)
• In 1999, recipient of the Artemis international award for outstanding women entrepreneurs from the Euro-American Women’s Council
• In October 2000, recipient of the « Golden Didon’award (in honor of Queen Alyssa Didon the founder of Carthage) in Tunisia for her active dedication to the promotion of women
• Recipient of « the Highest Acknowledgement Award for 2000 », conferred in Rome, December 12, 2000 by the Together for Peace Foundation, and received in audience by His Holiness Pope John Paul II
• Recipient of “The 2004 Olympics special Award”, in May 2001 by the Euro-American Women’s Council 5th Annual Global Women’s Forum.
• In August 2001, conferred the title « Commander » of the « Order of the Republic of Tunisia »
• In July 2002, conferred the « Chevalier de l’Ordre National du Lion d’Or” by President Wade of Senegal for her work to promote women’s entrepreneurship in Africa