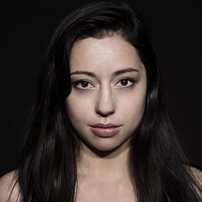 Leilani Franco is an award-winning contortionist, filmmaker, choreographer, director, and producer. Studying ballet since age 3, she joined the Philippine Ballet Theater at age 16 as a soloist. She joined the circus at age 19, learning contortion at the prestigious National Circus School of Canada in Montreal. She then studied filmmaking and new media at the University of Westminster in London, graduating in 2014 with a 2:1 BA Honours in Contemporary Media.

Leilani holds 3 Guinness World Records since 2013 for contortion feats, as well as being a 2012 Semi-finalist on Britain’s Got Talent. She has performed and choreographed her acts for many top venues around the world, such as Cirque Eloize, Cirque du Soleil, The Box Soho, Chamaleon Theater’s Dummy Lab, Eurovision 2011, and more. Her debut film as producer and co-director, Eelan, was a multiple film festival winner in 2015. She most recently assisted opera productions of Die Zauberfloete and Carmen for Berlin Opera Academy. When not traveling the world performing, creating, and managing projects, she currently resides in Berlin.

As of October 2016, she is pursuing a Masters degree at Central Saint Martins in Performance Design in London, while performing around Europe.