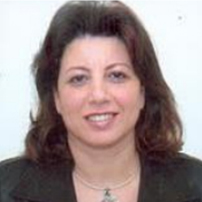 Leila Belkhiria Jaber is a Tunisian businesswoman, co-founder and General Director of STELFAIR TUNISIA, enterprise operating in EMarketing and Geographic Information Systems. She is a member of the National Chamber of Women Entrepreneurs (CNFCE) since 1999 and a member of its executive board, in charge of ICT from 2006 to 2012. In February 2012, she was elected as a vice-president from 2012 to 2017 . In december 2017, she was elected as a president of CNFCE for 5 years’ mandate. Ms Belkhiria has followed her higher studies in Management in ISG Tunisia and then in the Tunisian University for legal sciences where she received the MBA in international trade law and then in Dale Carnegie University for an MBA in communication and leadership. Ms. Belkhiria was much involved as a representative of the National Chamber of Women Entrepreneurs in Hrayer Tounes which is a large group of Tunisian women related to eighty civil society associations regrouped in order to defend fiercely women’s acquired rights and develop advocacy for promoting gender equality. She had the opportunity to take part to the organization of the national massive mobilization of the 13th august 2014 which had greatly contributed to ensure gender equality in the new Tunisian constitution. She also represented the CNFCE in all the meetings held in the National Constituent Assembly dealing with women rights and gender equality. In 2005, she was decorated as the businesswoman of the year in ICT and in 2008 as the businesswoman of the year