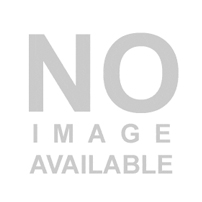 Director of the Icelandic Centre for Gender Equality

Kristín Ástgeirsdóttir was the director of the Icelandic Centre for Gender Equality from 2007-2017. As a director she has taken part in the annual meetins of the Commission on the Status of Women in New York, EFTA and EU meetings and many Nordic or international projects on gender equality. From 1991-1999 Kristín was a member of parliament for the Women’s Alliance, a feminist party which put women’s issues on the political agenda. She has been an activist in the women’s movement, among them the Women for Peace in Iceland, since the late 1970s. From 2000-2001 Kristin worked as a project manager for UNIFEM in Kosovo seconded by the Icelandic Ministry for Foregin Affairs. Kristín has a MA degree in history and has written numerous articles on the history of the women’s movement in Iceland 1870-2010 as well as on politics. She has been a history teacher, a journalist and a researcher on gender history at the University of Iceland.