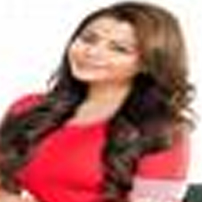 Konkana Bakshi is a well known face in india, having won the Miss Elegance World contest in 2008 and Miss India East 2009. She has made several advertisements for leading agencies and brands, including the Maruti A-star, KFC, Reliance and Skoda. She was also the face of Bombay Dying The Tao Collection. Aside from her everyday work Konkana also takes time out for humanitarian, philanthropic and charitable ventures that touches her heart including the welfare orphaned street children and organ donations. Konkana, is closely involved with The Habitat Of Humanity.
In her role as Director of Savoir Faire, Konkana brings to the fore her well deserved reputation as the only Indian to have ever won The Miss Elegance title. Her ties to the who’s who of India’s social circuit as well as leading corporate houses have given her a deep understanding of business networking and the value of using the right tool for the right job. As such, she brings together experts from varied fields in courses designed by her to maximise the inherent value of her that accumulated expertise over the course of a weekend to create a heady experience that will transform your life.