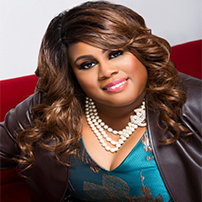 Kimberly Grant-Bynoe is an award-winning economic developer, international speaker, visionary leader, social entrepreneur and marketplace influencer transforming lives, building dreams and changing communities for over 19 years. She is a new emerging apostolic-prophetic voice commissioned by God and sent beyond the four walls of the church to govern in her Sphere of Influence both in Business and Government. Kimberly’s life work and mission has been eradicating poverty since leaving Corporate America. Born and raised in Brooklyn, New York alongside three siblings. Her desire from youth was to overcome poverty by fulfilling her dreams of entrepreneurship to generate wealth and leave a legacy. Her journey began in Corporate America after graduating High School obtaining her first employment opportunity on Wall Street in the financial district working as an Executive Assistant. She worked for Fortune 500 Companies such as Merrill Lynch, Shearson Lehman Brothers and American Express to name a few. There she was introduced to the financial industry. After years of working in Corporate America Kimberly got married and relocated from Brooklyn, New York to the Suburbs of Long Island, New York to fulfill the American Dream of Homeownership. Alongside her former husband they were the first African American family to ever have a home built in the affluent predominately Caucasian community in Suffolk County, New York.
After years of working in Corporate America Kimberly was later called to leave her job to begin her first ministry assignment as a full time stay at home mom in raising her two children. This was a rewarding but financially challenging time in her life. During her financial pit experience she sought the Lord for direction and clarity while pursuing her dreams of entrepreneurship. This is where she discovered her purpose through the life of Joseph from the pit to the palace. She answered her ministry call to the marketplace doing business God’s way.
Founded in 2001, International Dream Team Christian, Inc. (IDTCA) was conceived in New York State by visionary and CEO Kimberly Grant-Bynoe. IDTCA is a Certified Women-Owned Small Business (WOSB) located in Atlanta, Georgia serving as a faith-based Community & Economic Development Corporation (CEDC) strengthening disadvantage communities in sustainable growth and reducing poverty reduction by providing resources, programs and services in small business enterprise, economic empowerment and financial literacy education.
Kimberly has served on many corporate boards which have included the Small Business Administration faith-based advisory board; worked alongside New York State Housing & Urban Development providing grant writing seminars & training. She is the former Regional Conference Services coordinator for the New York State Senate and Suffolk County Director of the Long Island African American Chamber of Commerce. There have been numerous Citations and Proclamations presented acknowledging her work of service. She is the 2016 Town of Islip N.A.A.C.P Game Changer in Economic Development and Senator Phil Boyle Community Service Award recipient. In 2018 Kimberly was selected as EPIC–UN Women Delegation for the CSW 62 Commission on the Status of Women at the United Nations Headquarters in New York. Kimberly launched her Inaugural Women’s Economic Empowerment & Leadership Summit in March, 2019 empowering women to SOAR beyond limitations in the marketplace of business. She has recently been appointed to represent as a USA Delegate and to be a Keynote Speaker alongside 200 other speakers from around the world for the Women Economic Forum that was hosted in London (UK) March 8-10, 2019.