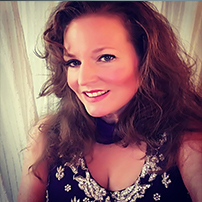 Kerry Gibson was born in Williams Lake but travelled extensively as part of her upbringing, primarily to England and New Zealand. Her father worked for Indigenous Affairs as a band manager and economic advisor, and “The Honour Of All” was filmed about some of the work that he was involved in on the reserve working with the chief and her husband. That experience of being on the reserve as a child in that generation was very unique as the family were integrated into their culture and experienced things Caucasian people had no knowledge of. Prior to that, he was a successful contractor and Kerry learned how to do math by doing his books. Her mother was a teacher and home-schooled the sisters when they were traveling or not in cousin’s classrooms. She encouraged Kerry’s artistic side ensuring she learned various musical instruments , Arts, writing and so forth while her father was her first soccer coach, taught her how to build, was the only 8 year old in her class who could run a table saw, float her horses teeth or deworm her, or surf, and both of her parents stressed the importance of community participation and volunteerism. Kerry would help out alongside them as they ran committees, supported neighbours, built community.
They eventually moved their base to Maple Ridge whereupon she promptly moved out on her own, asserting her independence. 15 years old , she paid her own way while still getting honours marks in school and proceeding to university on scholarships. She was involved in her school’s peer counselling program, assisted teaching the woodwinds in the band class, even upon request of the School Counsellor mentored the younger kids on safe socializing. At University, she played soccer while taking psychology with a literature minor because that is what women were pushed into at that time if they weren’t going into teaching. During that time she volunteered teaching disabled children how to ride horses in Langley, BC , sharing the skills she had been taught in the Cariboo. After four years at SFU she was involved in an accident with a drunk driver and continued her Life as a paraplegic. She went back to school and took business management through what is now an Executive MBA program. As a youth she paid her way managing restaurants , and in University was a medic in factories and in the bush during spring break , then later helping a startup that commercialized Technologies. After her accident the jobs she did were not practical or achievable so she began working and volunteering as an art therapist working with Alzheimer patients in locked units as well as at a daycare in the Indigenous Community. She gradually transitioned back into business development , after 10 years of working as an art therapist and the government deciding it was not necessary for seniors to enjoy such therapy , and she was offered the VP of Operations position at the small startup that she originally was working with out of University. By that time it had grown to a point that her disability was not an issue to the performance of the job. She was still volunteering for several organizations such as Vancouver Rape Relief and Women’s Shelter and project managing as leaky co-ops navigated the system both Federally and Provincially in becoming reclad while still housing their tenants.
At this time, the startup was focusing on International work only. Kerry was doing projects globally with different governments , European, Middle Eastern, African. She came to know the workings of the Trade Commission and the various Chambers of Commerce around the world. She was involved in politics managing various campaigns as it aligned with her beliefs and promoted the people she thought were doing the best work despite party affiliations. Eventually, the different markets were fairly saturated and Vancouver started purchasing what they were selling. She decided , as by this time she was the President of the company, to move the bulk of operations locally and to set up a Vancouver-based team. This team, although still selling LED Technology, is currently working in a joint venture to revolutionize aviation/aerospace in Canada developing a hydrogen fuelled amphibious airplane.