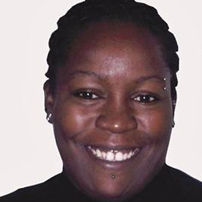 Kenita Placide is a human rights, HIV and LGBT activist from St. Lucia. She is the Executive Director of United and Strong and the Eastern Caribbean Coordinator of Caribbean Forum for Liberation and Acceptance of Genders and Sexualities (CariFLAGS). Between 2014 and 2016, she served at the Women’s Secretariat for the International Lesbian, Gay, Bisexual, Trans and Intersex Association. She has been on the forefront of bringing LGBT issues into discussion throughout the Anglo-Caribbean and international community. In 2013, she was selected as Star Publishing’s People’s Choice for Person of the Year in St. Lucia, the first time an LGBT person had been honored with the award in her country.